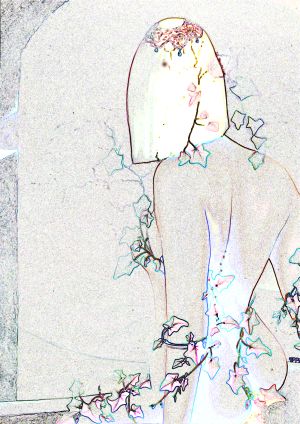 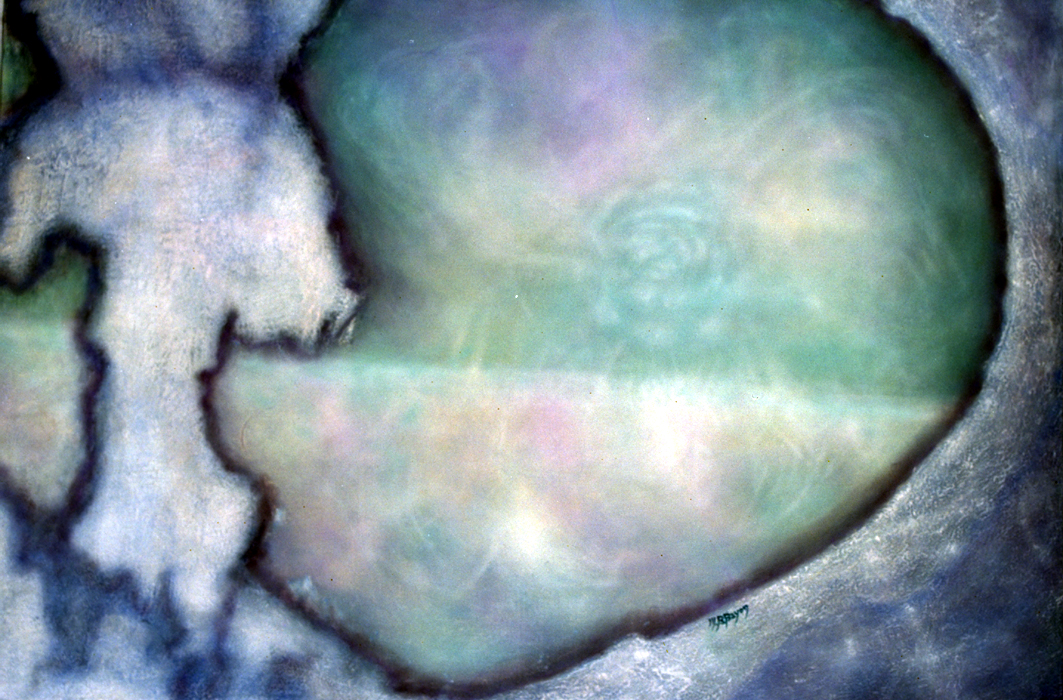 Graphic arts have fascinated this artist from an early age. As a teenager, she works alone on pictorial techniques through books and encounters due to what we call "chance". Engineer graduated from INSA Lyon (a section of plastic arts studies is offered to students of this school), she then studied at the Petit College of Applied Arts in Lyon.
His working technique is the result of a long evolution where the search for the precision of the line and the sensitive softness of the surface have always prevailed, whether with the technique of inks-watercolors on paper, or that of painting. on Web. For this last technique, she uses fine canvases carefully coated and sanded, then sketches in dry pastel on surfaces as silky and smooth as velvet, finally she works with an oil or acrylic glaze.

The subjects of his paintings are dictated to him by a need to re-enchant the current world, where all reality can only be grasped through quantity and the calculating machine, where objects are stripped of all wonderful meaning, where the cosmos and nature, considered as a great mechanism, are a world of objects to be studied, analyzed, classified, calculated, measured.
According to Marie-Blanche Bayon, the entire universe is a set of hieroglyphics to be deciphered. Everything in him conceals and breathes mystery and every object hides a secret. Science has now shown us that the same systems, the same structures are found in the infinitely large and in the infinitely small; the universe is "one", and the human being is a part of it, himself inhabited by worlds. Through the "decorative surface" of a painting, she tries to express this "magical" side of our environment.

Light and colors are the materials of the particular poem that she writes through each canvas. She never paints on the motif, but chooses the visual memory, uses the memory which purges a lived reality of what the mind could add to it at the time, then covering this experience with a veil which often masks its meaning. . Even when she gives free rein to her fantasy and creates works totally from her own imagination, Marie-Blanche always tries to paint respecting the rules of harmony, measure, and coherence everywhere present in nature, even if she She is not always fully aware of this when she is working.
She says she fully subscribes to the following words of Marc Chagall ... ". I am unable to see how I draw; it is my hand that sees; my eyes turn inwards ...."
Painting, like any art, is finally, and essentially, a privileged mode of communication with others, an invitation to share ideas and emotions, where the feeling must take precedence over the reflected ... is it not in this sharing its true raison d'être?

"At the beginning the all-powerful tyrant, center and wonder of the world that I am can be deluded. Although the theme of a painting has suddenly arisen in his mind, after God knows what preparatory paths he can to have the impression to decide it in complete freedom. But the realization begins. The hand moves outlining forms, encamping a character, sketching a maritime or Beauceron horizon line according to the mood. My free will shivers with pleasure. : everything is possible and I am the only master on board. But here are doubts arise, hesitations, repentance. The majestic creative freedom is already a little offended. Then more banal considerations arise, because the scene In spite of everything, represented has a certain coherence. And we cannot allow ourselves all the distortions without sinking into gratuitous ease. Even if it means making the fantastic, it is still necessary to make it credible.

Gradually the situation will become even more complex, because with the establishment of the funds will arise the problem of colors.

No doubt I can decide on a lemon yellow or periwinkle sky, no doubt I can afford great liberties with the conventional coloring of an animal or an ecstatic nymph carried away by a flight of angels. But soon, however, the problem of harmony will arise because, and with all due respect to Matisse and other revolutionary geniuses, not everything is possible and very quickly freedom will slide in the direction of anything, supported by the claim of the artist to be the supreme reference. Unless, and in a more subtle way, he manages to impose his views by building a tailor-made theory, more or less arbitrary. Picasso, cubism and the fury of the wild beasts are wonderful examples.

So between outright paranoid delirium and risky improvisation supported by new laws created from scratch for the occasion, the painter's ego can always manage to fool intellectuals and other critics into swallowing what he wants. . Salvador Dali knew the method perfectly and implemented it in a "brilliant" way except that he had real talent and that his technical mastery was up to his ambitions. And then he lacked neither creativity, humor and self-mockery.
Aware of the extreme relativity of my freedom, here I am therefore led to respect the laws of harmony and complementarity existing both for colors and for the balance of forms, the distribution of masses and the general architecture of the artwork.
From this moment the creator drunk with imagination will transform himself into a patient doctor who cannot indulge in untimely improvisations, but must on the contrary listen to the patient, with sympathy and lucidity to find the arrangement. adequate. I said adequate, not the one that would please her or that would suit her fancy. No, the one who responds to the concrete situation and seeks to establish a real balance. The comparison with acupuncture seems to me quite enlightening in this regard. Because if the practitioner can always give in to his need to manipulate and to indulge in hazardous experiences he is, if he is lucid and disinterested, brought to seek at every moment "the" only truly adapted action, which considerably restricts his possibilities of choice. Like the motorist who is going to turn his steering wheel to the right because the road forces him to do so. "Yes, but it is deliberately that I avoided this plane tree! I am therefore free like the child who would be asked to choose between a treat and a" good spanking ".
The medical metaphor will now be able to be taken further. Indeed, a painting is above all an organic whole, just like a human, animal or even plant body. As such it is composed of dominant elements which are its organs. These, although endowed with "autonomous" functioning, are totally linked to each other and controlled by the general metabolism. They do not do what they want and when the disease occurs, it is constrained and forced by disturbances that they betray the organism by not performing correctly the task assigned to them. The pictorial work is similar, because its "organs" are connected by energetic circulations (visual in this case) which make the whole work more or less well.
All the painter's energy must therefore be used to ensure the harmonious functioning of the whole and to do this it is desirable that he himself be balanced (too bad for the myth of the tortured and syphilitic genius) Good organic health and above all psychological, is nevertheless preferable.
Thus in the best of cases the painter constructs his painting with his own balance and by improving the first he may eventually experience benefits for the second. Art as yoga, this is an idea that does not run the streets, 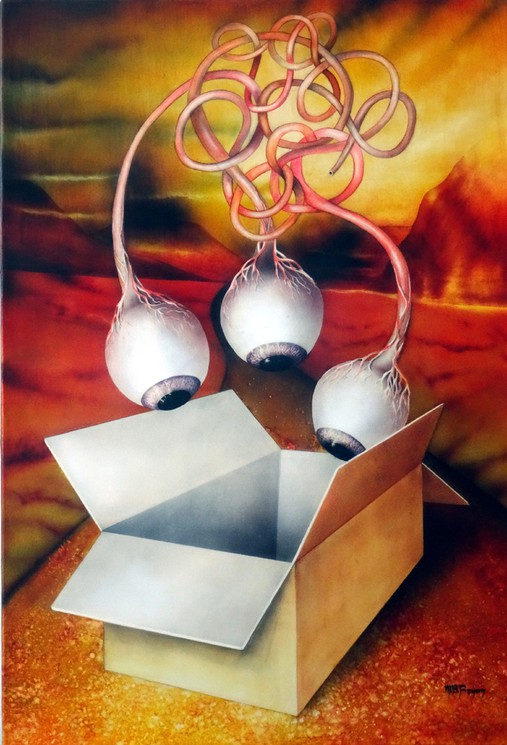